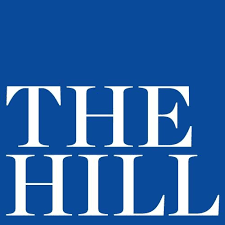 A look back at the arrests made during the protests, with only a few days until election day to go. Austa Somvichian-Clausen | October 29, 2020 Story at a glance This summer was marked by historic nationwide protests against racially charged police violence. In the first two weeks of Black Lives Matter protests more than 17,000…

Most notably, for all the talk of how a Democratic nominee must drive voter turnout, the Democrats who flipped seats in 2018 did so primarily by winning back votes rather than by turning out new voters. According to the data firm Catalist, even though there were 14.4 million new voters in 2018 who supported Democrats by a 60 percent to percent margin, changing voter choice accounted for 4.5 percent of the 5.0 percent shift in Democrat’s favor from 2016 to 2018. In other words, Trump voters who supported Democrats in 2018 were 90 percent responsible for the blue wave while increased turnout was 10 percent responsible. Why shouldn’t Democrats try to follow the same path to success in 2020?

Catalist, a Democratic data firm, recently found that the shifts in vote margin from 2012 to 2016 in many swing states were predominantly driven by changes in vote choice rather than changes in turnout. According to their analysis, the change in vote margin in the three key states of Michigan, Pennsylvania and Wisconsin could mostly be explained by people shifting which party they voted for, rather than by changes in turnout.

Yair Ghitza of the Democratic data firm Catalist estimates that while Democrats did make significant turnout-related gains in 2018, about 89 percent of their improvement vote margin is attributable to swing voting.

According to Catalist, a progressive data firm, the campaign’s focus on voters of color gave Abrams huge support with black Georgians in 2018, and they turned out at or near presidential levels, with Abrams winning 95 percent of their votes. Hispanic and Asian turnout, although a much smaller share of the electorate, also looked more like a presidential election than a midterm. In 2014, they made up only 3 percent of the electorate, but in 2018, they doubled to 6 percent of the total electorate. Abrams won these groups by margins of 40 and 31 points respectively.

The wave looks like it was real, even in places where the candidates didn’t win. Andrew Gelman | November 12, 2018 What can we really learn from what happened in the 2018 midterm elections? When we talk about election results, we’re always discussing them on three levels: their direct political consequences, their implications for future…