Hillary Anderson is an experienced progressive data professional. As Director of Analytics, she shapes and manages an ambitious progressive research and development agenda. Hillary has previously worked at Catalist as an Account Executive and Director of Client Consulting and Solutions.

Prior to joining Catalist, she served as a Regional Targeting Director for the Democratic Congressional Campaign Committee where she guided voter contact and polling for congressional races in the Midwest. She also worked as the voter file manager for the Indiana Democratic Party.

Hillary is a graduate of the Harvard Kennedy School where she earned a Master’s degree in Public Policy and was awarded the Center for Public Leadership’s Fellowship for Serving African American Communities. 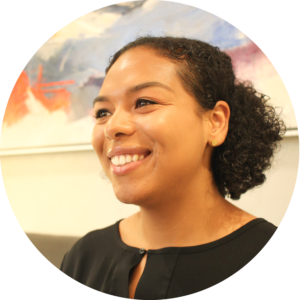